It is with deep regret advise that the Symposium on OpenFOAM Technology 2020 (SOFT) scheduled to take place in Melbourne 22 April has been cancelled.

The rapidly changing circumstances relating to COVID-19, combined with the recent implementation of organisational travel restrictions, and government travel restrictions here in Australia and internationally has and will significantly impact on the ability of people to attend the symposium. To ensure the health and safety of our staff, partners and attendees we have decided to cancel the symposium.

This has been a very difficult decision for Applied CCM. We apologise for any inconvenience this will cause. We are keen to hold the Symposium at a future date once the COVID-19 situation settles.

We thank you for your understanding during this very difficult time.

This offering is not approved or endorsed by OpenCFD Limited, producer and distributor of the OpenFOAM software via www.openfoam.com, and owner of the OPENFOAM®  and OpenCFD®  trade marks.

The Symposium on OpenFOAM® Technology (SOFT), organised by Applied CCM will bring together people who utilise software based on OpenFOAM (variants and forks). It provides an opportunity to spread the use of OpenFOAM in industrial and academic contexts in Australia. The main objective of the symposium is to facilitate sharing of knowledge at all levels between beginners through to expert. Providing a common platform for students, academics and industry for learning, understanding and contributing to the OpenFOAM community in Australia. Participants attending the symposium will gain further insight to the wide range of applications of OpenFOAM whilst meeting other practitioners. Everyone of all levels is invited to take part in the symposium.

OpenFOAM® is the leading free, open-source software for computational fluid dynamics (CFD), developed primarily by OpenCFD Ltd since 2004. It has a large user base across most areas of engineering and science, from both commercial and academic organisations. OpenFOAM has an extensive range of features to solve anything from complex fluid flows involving chemical reactions, turbulence and heat transfer, to acoustics, solid mechanics and electromagnetics. Being open-source, OpenFOAM offers users complete freedom to customise and extend its existing functionality, either by themselves or through support from third parties.

There are many variants and forks based on OpenFOAM technology, all released as free and open-source software under the GNU General Public License (GPL).

The two main variants are:

The two main forks are: 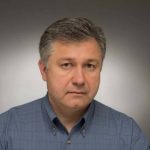 Aleksandar Jemcov has over twenty years of experience in computational fluid dynamics and turbomachinery related flows. His research interests include development of numerical algorithms for fluid mechanics, solid-fluid interactions, efficient solver methodologies applicable to both compressible and incompressible flows, thermoacoustics, turbulence modelling, and linear algebra. Dr. Jemcov’s prior experience includes work in the Combustion Department at Pratt & Whitney Canada, Development Department at Fluent Inc., and the Development Department and Fluids Business Unit at ANSYS, Inc. He currently serves as Associate Director for Computational Sciences at the Notre Dame Turbomachinery Laboratory and is concurrently appointed as Research Assistant Professor in the Aerospace and Mechanical Engineering Department at the University of Notre Dame. Dr. Jemcov completed his Ph.D. in Aerospace Engineering at the University of Belgrade in 2004. Try Pointwise for yourself
Request a Free Trial
Copyright Applied CCM Pty Ltd. 2014-2021 - All Rights Reserved
Back To Top
Search
By continuing to browse the site you are agreeing to our use of cookies.