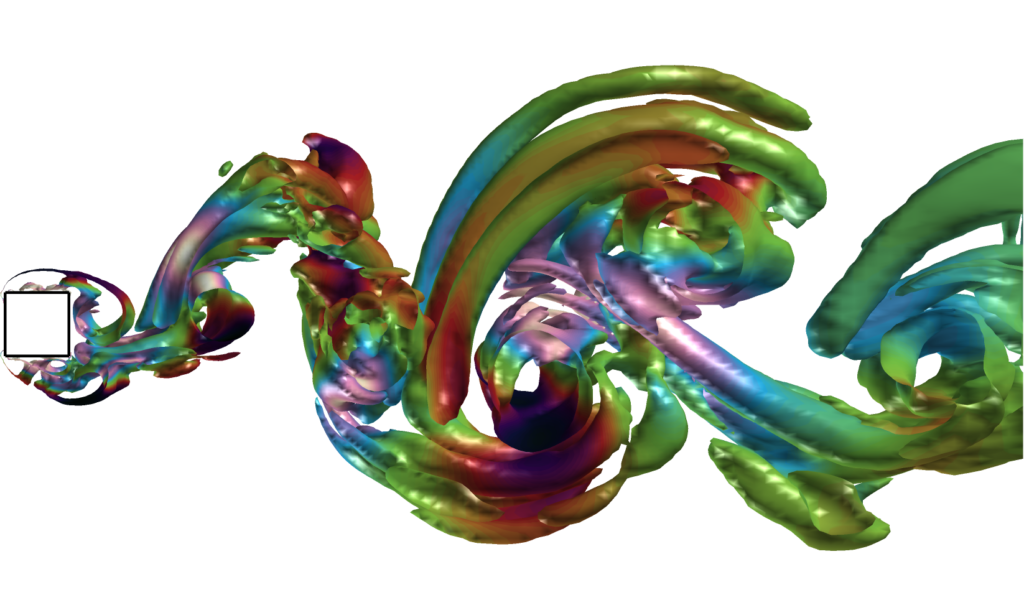 Validation of a Fast Transient Solver based on the Projection Method

Fast transient solution of incompressible turbulent flows still occupy a dominant place in engineering computations. Majority of the solvers that use finite volume method on unstructured meshes with the arbitrary number of faces use either transient SIMPLE or PISO algorithm. While these algorithms are known to produce spatially and temporally accurate solutions, they are not particularly efficient due to algorithmic constraints. Typically they require a multiple solution of the pressure equation (PISO algorithm) or multiple momentum and pressure solves per time step (SIMPLE algorithm.

This paper presents a fast transient solver suitable for the simulation of incompressible flows. The main characteristic of the solver is that it is based on the projection method and requires only one pressure and momentum solve per time step. Furthermore, advantage of using the projection method in the formulation is the particularly efficient form of the pressure equation that has the Laplacian term depending only on geometric quantities. This form is highly suitable for the high performance computing that utilises the Algebraic Multi-grid Method (AMG) as the coarse levels produced by the algebraic multi-grid can be stored if the grid is not changing. Fractional step error near the boundaries is removed by utilising the incremental version of the algorithm. The solver is implemented using version 5.04 of the open source library, Caelus. Accuracy of the solver was investigated through several validation cases. The results indicate the solver is accurate and has good computational efficiency.